The choice of computer creative software
At present, more and more computer art designs in China use IBM PC and its compatible computers to make 3D and 3D imprisonment and animation, that is, video production. The surface Macintosh machine from the beginning is the graphical interface. It is mainly used for graphic design and prepress processing. butIt can also make plane, Mac can also make video. Recently, IBM, apple and Motorola jointly launched power PC. It has become a history that PC and mac software can not be used in common. From the software point of view, windows 3.1 operating system also realizes a complete graphical user interface. Most desktop publishing software that used to run only on MAC computers also has Windows version. For example, Photoshop software has both Mac version and PC version, which can be used on both models.

At present, more mature and put into application of computer creative software (mainly refers to the desktop system commonly used computer creative software) mainly includes the following categories：
１、Graphic drawing software
The more popular image editing software are：
（１）Adobe ILLUSTRATOR
It has the advantages of text input, icon, title word, word map and various charts design, production and editing. It is commonly used by computer designers.
（２）Aldus Freehand
It is a widely used computer graphics design software developed by Aldus company of the United States, especially in the advertising production of newspapers and magazines and the production of statistical graphics.
（３）CorelDRAW：
Corel is a powerful software for drawing. It has many functions, such as graphic drawing, image processing, table making and drawing, etc.

２、Image editing software
The more popular image editing software are：
（１）Adobe photoshop： Developed by Dobe company of the United States, it is one of the most influential image processing software for art creativity and professional printing field in the world. It is the most powerful and widely used auditorium communication computer software. It is used for black and white, color image correction, plate revision, image special effects production and color separation, etc. It is very popular among painters, photographers, designers, film artists and plate setters.
（２）Adobe Dimensiona：
Professional software for 3D pattern design.
（３）Aldus Photostyler：
Photosrtyle from Aldus, USA is a software for color image processing.

Back end output device
Printer
When we have finished a computer creative work, we hope to see the color pattern printed on the paper immediately, that is, the output effect. Preview the color effect after printing, including customers, publishers, etc. to determine whether to select the color rendering. Therefore, the quality of color analysis has become a very important thing. Therefore, to some extent, it can affirm the effect of your previous hard work and creativity, but it may also be because the recognition and trust of color or other aspects is not the display on the screen, but the effect of proofing - it is the most convincing.
With the development of color printer technology, it has become the choice of computer art design proofing. At present, the color printers on the market mainly include color inkjet, hot wax, thermal transfer printing, thermal sublimation and laser.

Phototypesetter
As far as printing design is concerned, once the color sample is approved, the next step is to output film for plate making and printing. This is to use the image setter, which is the shape of an imagesetter. It can directly output the files sent by the computer through DPI (raster processor) to generate four color splitters C, m, y and K. The color separations can be directly printed to the printing factory. As far as the domestic level is concerned, the imagesetter with a resolution of 3000 DPI can meet the general requirements. The price of imagesetter is very expensive, which is considered by powerful companies. However, the computer creative design documents of small and medium-sized companies can be obtained from the color output service center to output four-color films. 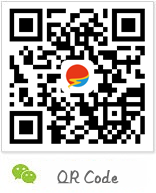